Taktikal has partnered with a number of leading companies across various regions and industries. We greatly appreciate the oppotunity to work together on realizing both our digital potentials.

50 Skills offers one workspace for hiring: Integrating all the tools you need to build the perfect workflow. Think of it as one workspace for hiring, where you can add your favourite job-boards, assessment and onboarding tools in one place. All configurable for automation and data collection. 50 skills and Taktikal: 50 skills users can use Taktikal's digital signatures to sign their employment contracts within the 50 skills interface, thereby creating a simple and fast process for their customers. 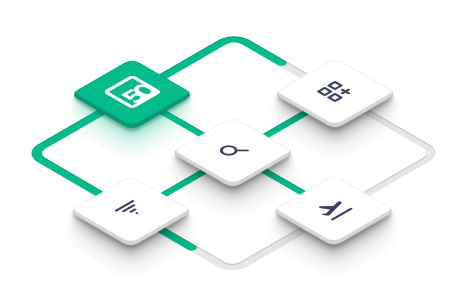 Since 2013, the Alfreð app and website has grown rapidly and has now become the largest job search medium in Iceland. In October 2016, Alfreð opened up the possibility for app users to apply for jobs with Alfreð's profile. Along the way, Alfreð opened a magnificent application processing tool for the hiring companies.  Alfreð and Taktikal: Alfreð's users can use Taktikal's digital signatures to sign their employment contracts within the 50 skills interface, thereby creating a simple and fast process for their customers.

Spektra is a software house that specializes in Microsoft solutions in SharePoint and Office 365. They offer ready-made solutions, custom solutions, consulting and training. Spektra and Taktikal: Customers who use Taktikal digital signatures can have their signed documents delivered directly via API to SharePoint for long term storage. And then we should probably link to the documentation regarding that.

Hugvit has achieved great success in software development with the GoPro solutions. The GoPro solutions are constantly evolving and are needed by companies and institutions such as the World Bank in Washington, Oxford University in the UK, the City of Reykjavík, the National Court, TM, Landsbankinn and Atlanta, for example. Hugvit & Taktikal: Customers who use Taktikal digital signatures can have their signed documents deliverd directly via API to GoPro for long term storage. And GoPro has also enabled their users to use Taktikal's signatures directly from the GoPro interface via API.

Opin Kerfi specializes in consulting and implementation of operations, cloud and hosting solutions as well as sales of computer and central equipment. Opin Kerfi works closely with many progressive and powerful foreign information companies such as e.g. HP and HPE, Microsoft, Cisco, Red Hat and many more.

Þekking hf. is a service company in the field of information technology. Þekking specializes in operations and consulting as well as offering companies system rental, hosting, internet services and data transfer as well as a variety of special solutions, consulting and training.

Achieve your digitalization potential with us

Integrate our services with your solutions and workflows and consider becoming a partner.