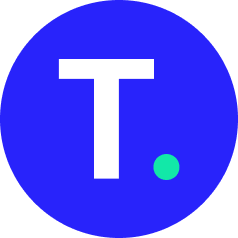 The digitalization of legal services

It would be difficult to argue that digitalization has not had a far-reaching effect on every aspect of our lives as individuals. For businesses, it’s no different. With the rapid changes required when it became clear that the pandemic was not going to be a short-term blip, digital transformation became more than just a future goal but a necessity for surviving a time unlike any we’ve experienced in our lifetimes.

While newer businesses often had digitalization at the forefront of their operating model, larger, more traditional businesses and industries faced serious challenges when it came to moving their day-to-day work to an online environment.

Industries such as insurance, finance, and legal services were upended in their operations when considering how to continue in a world that no longer allowed face-to-face meetings, in-person signing, and courtrooms with a full jury.

The legal industry in particular faced hardship as traditional law firms are held in high-esteem but are arguably far from being considered progressive in their use of technology. And yet this is a crucial part of persevering through the pandemic as well as continuing into the future.

So is this the main driving factor for law firms and legal departments to embrace the change and the benefits of digital transformation? Perhaps not quite. For the legal industry, the main catalyst (according to a recent article from Forbes) is in fact: the client.

Where change is happening in the legal industry

It might not come as a surprise that many of the traditional, family-run law firms have not been the first to adopt the latest technology when it comes to the legal industry. But faster changes have been accepted and implemented in other legal realms. Namely, the legal departments of larger companies.

These changes have come about due to company focus on cost control as it impacts their clients. While that might seem like a stretch, how a business operates directly contributes to the amount charged to the client - and with junior lawyers making salaries starting in the 6-figure range, it’s important for companies to keep other costs down.

This means more automation when it comes to time-consuming processes that demand the time of the lawyers. Processes such as administrative work, intake procedures, data entry and handling and document management are prime areas for reducing the workload and hours for lawyers.

Some companies are taking this a step further by introducing legal ops teams to come in and overhaul the current system - making the step to digital happen faster and with the right solutions implemented from the start. Legal technologists and developers specializing in legal software are also often included in the formation of new teams.

For legal departments, the need to keep costs down has been a driving force behind the adoption of digital solutions that help optimize their time.

More traditional law firms are seeing new competition popping up seemingly everywhere. Businesses known as “Alternative Legal Service Providers” or ALSPs are offering simple legal support at a fraction of the cost and often at a faster speed.

Change is definitely occurring in the legal industry, as in most industries around the world following the events of early 2020 and the subsequent years, but change is slow-going in such traditional industries.

Challenges to change in the legal industry

Beyond a basic commitment to a face-to-face, personalized experience often touted by major law firms, there are additional factors in play when it comes to why this industry is lagging behind many others when it comes to digital transformation.

Hires outside the legal industry, such as developers or even legal technologists can be a great way for law firms to start to make the transition, but there are easier, faster options available in the form of ready-made solutions that are easy to implement.

So why aren’t they being adopted at a rapid pace? The simple answer is that the lawyer/client relationship is one built on openness, confidence, and trust. While video calls can be an easy way to have a chat with someone at any time, it’s arguable that they are hardly a replacement for face-to-face conversations.

Building trust in legal situations can be crucial for the success of the lawyer and the reputation of the law firm. But the move to digital is inevitable. At least for many scenarios. So how do businesses in the legal industry address this?

Digital trust is a major topic for individuals and businesses alike. Increasing interaction online means increased concerns over data security, confidentiality, and the handling and storage of any sensitive information.

Companies in the legal industry have added reasons to present themselves as incredibly trustworthy in the digital realm. However, instead of seeing this as a complex new difficulty, the right solutions can help them instead look at it as a welcome expansion of their offerings and reputation.

Online offerings not only make them more competitive with new legal service providers, but also allow them to showcase their continued commitment to security, confidentiality, and trust, all while speeding up processes and helping improve their bottom line - improving rates for the client.